Recently I had an opportunity to sit and chat with Jerry Mokler, who had just celebrated her 90th birthday. A long time Disabled Sports Eastern Sierra (DSES) and wounded warrior supporter, Jerry is the founder of the Lloyd Mokler Family Foundation. Pictured here skydiving in Hawaii, when asked if she was scared to jump out of the plane, she answered “Oh No!….I was a ski racer….that was much, much scarier!” 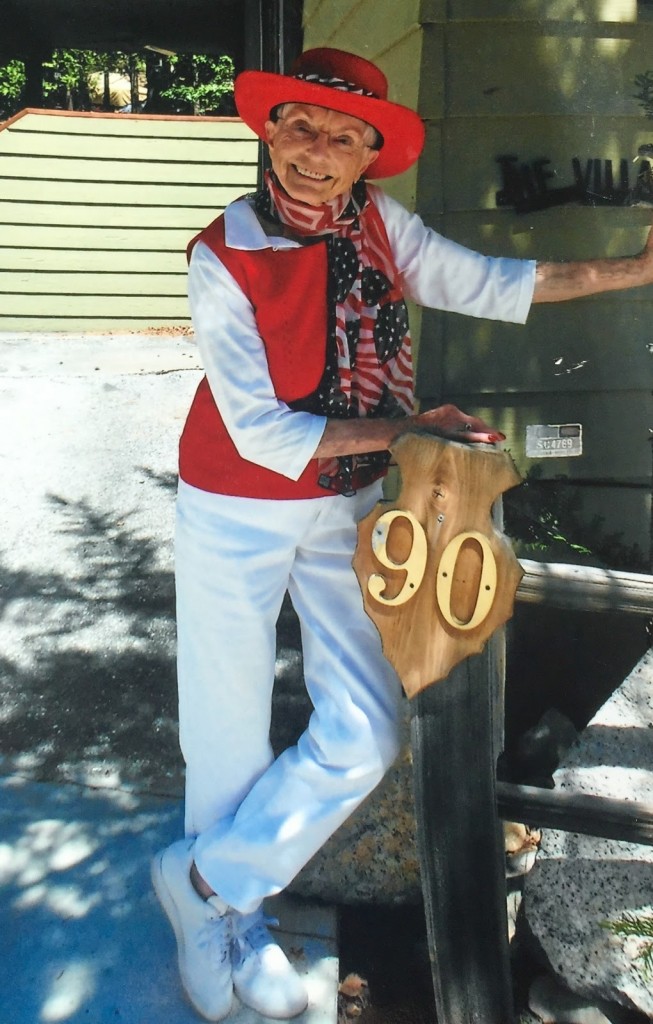 1: How did you spend your 90th birthday?

There were lots of parties with friends and family, I had a private dinner with my friends in Carlsbad at La Costa Glen where I live.

2: What gave you the idea for setting up the Lloyd Mokler Family Foundation?

One day I was on a Camp Pendleton tour bus and we drove by Wounded Warrior Battalion West. We couldn’t go inside as a General was about to visit but later we were able to have a tour with my friend Steve Colwell, a Vietnam Veteran. It stuck me right there and then, I had to do something for our wounded warriors. My husband and son were both wounded warriors and my grandson is a Captain in the US Marines. He has served in Afghanistan but fortunately not wounded. I immediately called Kathy Copeland, Executive Director, DSES in Mammoth Lakes, CA and said “I just have to do something but I don’t know what?” Kathy proceeded to tell me about a new DSES Program that was just getting under way, The National Wounded Warrior Center (NWWC) that would be built adjacent to the Cerro Coso College Campus. My husband, Lloyd, helped fund the building of the College and this was near and dear to his heart.

I asked Kathy if I could start a Foundation in my husbands name, a foundation whose mission would be to help build the NWWC, where wounded warriors and their families can stay while participating in sports and education programs that will enable them to successfully return to civilian life. Kathy said “Yes!” and the Lloyd Mokler Family Foundation was born.

3: Can you tell us about your 90th Birthday Fundraising Campaign? 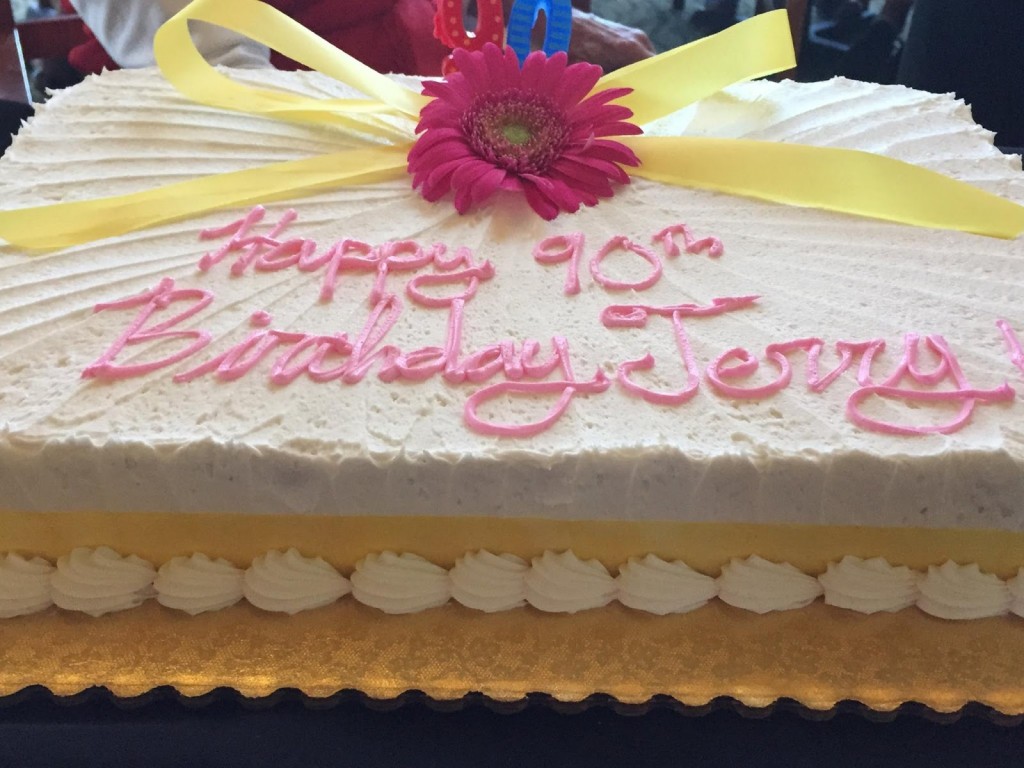 I was amazed at the response to my birthday campaign where I asked my friends and family to donate $90. We raised over $10,000 and the money is still coming in. Children that played in my yard when I lived in Mammoth Lakes, who are now adults, came out of the woodwork and donated toward my 90th birthday campaign. The biggest thing to come out of this was not only the wonderful donations that will go straight to help support the National Wounded Warrior Center but the awareness it raised amongst my friends.

4: What advice would you give to others who want to show their support for NWWC?

People just need to get involved in some way, not everyone can be involved in the same way, they have to find what resonates with them. It is such an important cause. More and more people are recognizing how much our wounded warriors have done for our country and how much they need our help to transition back into civilian life. They are recognizing Vietnam Veterans now, which they never did. I brought my son, a Vietnam veteran and a wounded warrior, up to Mammoth last year and he was very moved and impressed about what was being done for the Vietnam Vets at DSES. My son got to experience the “Arch of Honor” something that really moved him and he will never forget. 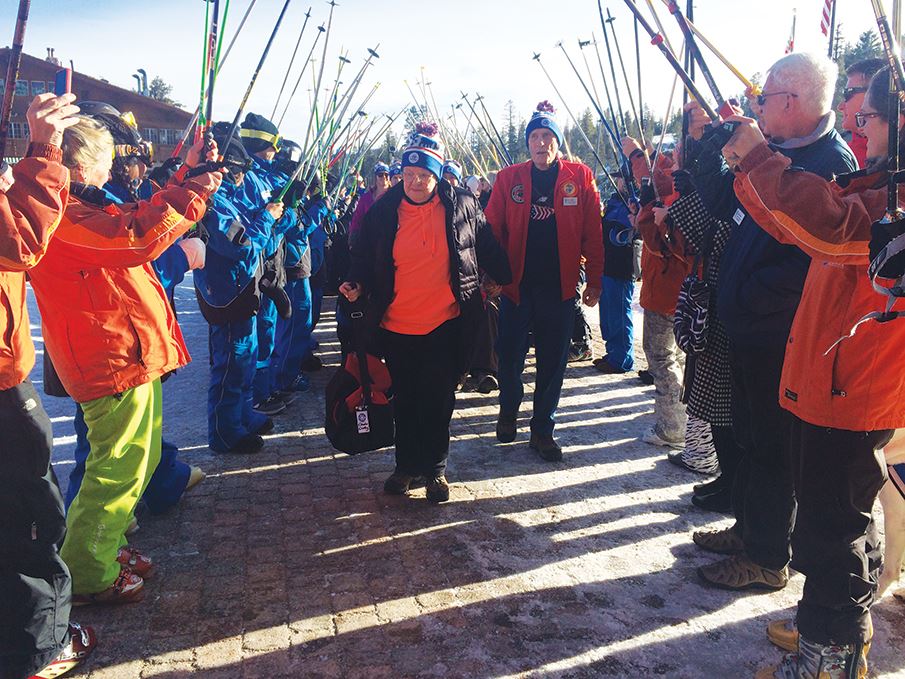 I think it is a beautiful thing that wounded warriors from all wars are being honored at DSES through their programs. I love and admire Kathy Copeland “Crazy Kathy” for all she has done for our wounded warriors and the vision she has for the National Wounded Warrior Center.

8: Tell me something about yourself that most people might not know?

I was a professional clown, I am not sure where that came from. I love to experience many different things in life and have a lot of interests. When I lived in Mammoth Lakes I  ran Classes for children and adults to learn how to become clowns.

It was an honor and a pleasure to sit and chat with Jerry Mokler in the Lobby of the Mammoth Mountain Inn and listen to her stories. I could feel her passion for our the National Wounded Warrior Center a program of Disabled Sports Eastern Sierra. 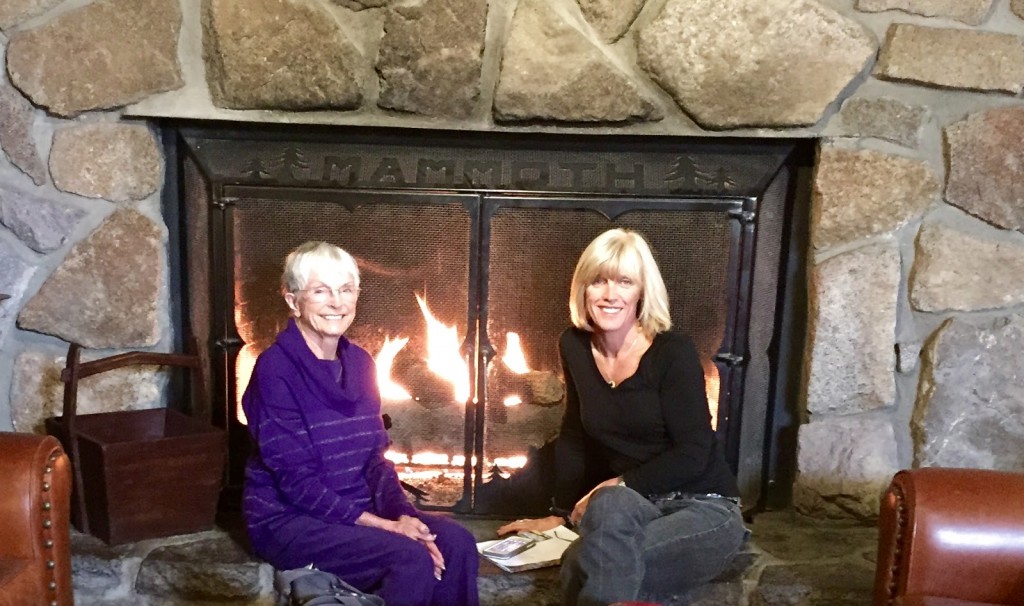