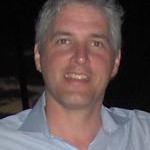 Originally from Vermont, Chair Brent Truax moved to Mammoth in 2010 with his wife and young daughter to become General Manager of the Westin Monache Resort.

Brent is a graduate of the University of Vermont with a degree in Recreation Management and has an extensive background managing resort properties with an emphasis on health and wellness, including The Peaks in Telluride, CO; Mirbeau Inn and Spa in Skaneateles, NY; Canyon Ranch in Tucson, AZ; and the Mountain View Grand Resort & Spa in Whitefield, NH.

An avid cyclist, Brent recently completed the Sierra Cycling Challenge and is also an active alpine and Nordic skier, hiker, and hunter. Brent is passionate about all our area has to offer and also serves as President of the Mammoth Lakes Chamber of Commerce. 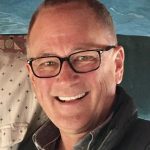 Tom Mahr, Secretary, was introduced to DSES through a number of volunteers and board members, several of whom he met road biking in Mammoth. He saw the passion and dedication of the volunteers and the organization, as well as the tremendous impact DSES has on the lives of the children and adults the organization serves. Tom became a volunteer with DSES in November 2017, and soon realized he wanted to get more involved with the organization.

A lawyer by profession, Tom worked as a partner in the Los Angeles office of a large, national law firm, representing major telecommunications, entertainment, corporate, and institutional clients. In 2001, Tom moved to an in-house legal position with Verizon Wireless where, as Vice President and Area General Counsel, he was responsible for the legal affairs for the company’s 13-state West Area. He supported all sales and distribution channels, customer service, and the advertising/marketing, network, and labor and employment organizations. After retiring from Verizon Wireless in 2014, Tom has been providing general counsel legal consulting services to a variety of corporate clients. 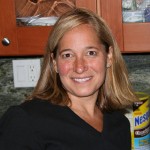 Dr. Stacey Adler, Mono County Superintendent of Schools, moved to Mammoth Lakes from San Diego in 2002 to become the principal of Mammoth Elementary School. An educator for over twenty years, Stacey had taught in all grade levels, including university. During graduate school in Illinois, Stacey was involved with the North Shore Special Recreation Association, working to build recreational and social skills in teenagers and young adults with special needs. This work sparked her passion for working with the special needs population. Stacey is an ex-officio Board member for the Mammoth Lakes Foundation and a member of Lions’ Club. She is an avid runner and hiker. Stacey enjoys spending time with her husband, Joe, and their three children. 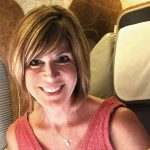 Chris Alessi, was introduced to DSES through a neighbor (Kathy Copeland) and became involved as an Advisory Council member and Capital Campaign Co-Chair.

Chris is an entrepreneur with extensive knowledge and diverse experience in several fields of practice. She’s passionate about business, health, and fitness and has studied and implemented what she has learned for more than 25+ years. As a DSES Board Member, Chris will be involved in marketing, networking opportunities, and partnerships for the organization while maintaining focus on fundraising for the NWWC.

With her vast business experience as an executive, philanthropist, and health enthusiast, Chris is excited to share her expertise as a DSES Board member and she looks forward to being part of the Mammoth Lakes health and wellness scene. Chris and her husband love everything about Mammoth and are happy to be involved in the community and giving back. 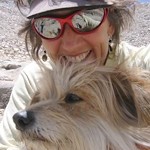 Kathy Copeland moved to Mammoth from Vermont in 1971 and worked for Mammoth Mountain Ski Resort for 29 years starting as a bus girl and ending up as the manager of the Children’s Ski School.

In 1976 she volunteered at the first Winter Special Olympics held at Mammoth and has stayed involved every year since then. In 2003 Kathy founded Disabled Sports Eastern Sierra and her passion for this organization has lead it to become a leader in the adaptive sports industry.

She proudly opened the Second Chance Thrift Shop in 2009 to support DSES, to provide training opportunities in a workplace for local kids and adults with special needs…and to greenly recycle tons of goods!!

Her enthusiasm is contagious…stop by the DSES office and say hi and see Kathy and her team at work! 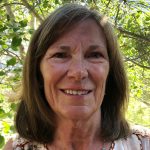 Carolyn Escoto moved to June Lake in 2008 and became involved with DSES after volunteering at the Second Chance Thrift store. Through the thrift store she learned of the opportunity to become a volunteer instructor at the DSES Ski School and has thoroughly enjoyed teaching with the program for the past seven seasons. Carolyn has earned her PSIA level one and level two alpine instructor certifications after receiving top-notch training from DSES program staff members Mark Spieler and Maggie Palchak.  Carolyn’s brother is on the Autism Spectrum which makes the mission of DSES especially personal and close to her heart.

Carolyn received her M.B.A. from the University of Colorado and spent most of her career as the Managing Director of the Crail-Johnson Foundation, an organization dedicated to making grants to Los Angeles and non-profits serving low income children and their families in the areas of health, education and social services. Carolyn has also served several other non-profit boards including the Boys and Girls Club of L.A. Harbor and she currently sits on the board of the Mammoth Hospital Foundation. 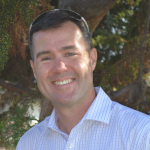 Lieutenant Colonel (Ret) Stephen Mount is a United States Marine with 22 years of active service. He was designated a Naval Aviator in September of 1999.  During his time as a light-attack helicopter pilot, he completed three combat deployments in both Afghanistan and Iraq.  While on deployment in 2004 he was shot in the head and through his right eye while his aircraft was receiving ground fire during a mission in Najaf, Iraq.  Through the heroic actions of his crew, his Wingmen and Marine ground forces they were rescued and safely evacuated after their aircraft crashed near insurgent forces.   Although he was “Down” from flying duties because of the loss of his right eye, he continued to serve the Marine Corps in a variety of Operational, Training, and Leadership roles until his eventual retirement in 2018. LtCol (Ret) Mount culminated his successful career as the Commanding Officer of Wounded Warrior Battalion – West from June 2016 until August 2018. This leadership opportunity was the perfect fit for a wounded warrior to mentor and inspire our current Wounded, Ill and Injured Marines while they recover and transition to post-military life. By sharing his own personal experience, he continues to inspire through leading by example and remains a staunch advocate of mental and physical recovery through sports and outdoor activity. 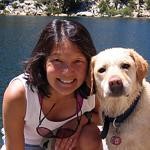 Karilyn Myers recently retired from her position as a Physical Therapist and director of the Rehabilitation department at Mammoth Hospital. She received her Master’s degree in P.T. from Stanford University and has lived and practiced physical therapy in Mammoth for 27 years.

Her job as a physical therapist was helping people to restore movement and function so DSES’s mission is right in line with her work and professional beliefs. “Many of DSES’s local students receive therapy services at our hospital and we see DSES as an extension of the rehabilitation process in restoration of activity, recreation and sport. The positive effect this has on quality of life is evident in the new attitude and the smiles that outdoor recreation can bring.”

Karilyn enjoys giving back to the community and is interested in program development. 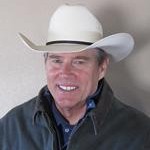 Local business owner, Shields Richardson is a native of Southern California and has lived in Mammoth since 1999. He and his wife, Kathy, own the Side Door restaurant and Mammoth Village Properties both located in The Village at Mammoth.

Richardson has been Chief Financial Officer of Eagle Development, a Registered Investment Advisor, and the Founder and Principal of Shields Outdoor, MallMedia Network and Digital Outdoor. Richardson began his career at Price Waterhouse & Co. after graduating from the University of Southern California with a degree in Finance and Accounting. 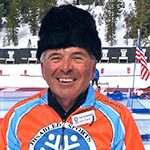 Tom Schroeder, with a history of over 25 years in the Silicon Valley computer hardware/software business, he has been engaged with hundreds of small and large technology companies across the globe. He has led the completion of a range of intercompany transactions valued at over $3 billion. His activities have included 15 company acquisitions and integrations, $300M in venture investments, leadership of new initiatives, new market intelligence/assessments and strategy development, and a wide range of partnering relationships. He prepared for this work with Engineering and Management BS/MS degrees from Purdue University and MIT. After retiring from the technology world in 2011, Tom became co-founder/co-chairman of the Silicon Valley Boiler Innovation Group which provides start-up mentoring to Purdue University students and faculty members delivered by 50 volunteer Purdue Alumni mentors.
Since 2011, Tom has lived primarily in Mammoth. He and his spouse, Hilary, have been Mammoth homeowners since 1993. They host their two adult children and 5 grand children in Mammoth for many weeks each year where they all love the outdoor sports available in Mammoth summer and winter.
Tom has been a DSES volunteer since 2009 and Volunteer of the Year in 2014. He has changed the lives of hundreds of children and adults with disabilities through thousands of hours of recreational therapy instruction with DSES. During his tenure at DSES, he has also led the development of the National Wounded Warrior Center Program Plan and has been a successful fund raiser. Tom is certified by the Professional Ski Instructor Association in Alpine, Nordic, Adaptive, and Children’s Ski Instruction. In the summer, Tom can always be found on his road or mountain bike and hiking the trails around Mammoth. 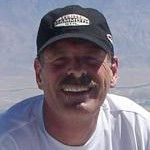 Rick Taylor is the traveling member of the Board. His primary residence is in the Los Angeles area and he built his second home in Mammoth in 2000. Rick moved to California from Canada in 1982 and first came to Mammoth in 1983. Mammoth is a very special place to Rick because he met his wife, Shelley, here in 1990 and they have three children.

Rick owns a commercial electrical contracting business in Los Angeles that specializes in fire alarm system installation. Although this keeps him very busy down south he has his own airplane and makes the one hour hop to Mammoth as often as he can. “There is no place on this earth I’d rather be than Mammoth, winter or summer. Volunteering with the DSES Board just gives me one more excuse to get up here, even if its just for a Board Meeting.” He loves to ski and has found summers are now too short for all the activities Mammoth offers “après ski”.

“Mammoth is a very special place to me for many reasons. I am proud that I can give something back to the community. When you see the smiles these volunteers put on people’s faces it will just tug at your heart strings.”