Thanks to the generosity of players, sponsors, and donors, the 16th annual Golf Classic on Sept. 13 was a hole-in-one for higher education, the arts, and Wounded Warriors. The Mammoth Lakes Foundation teamed up with Disabled Sports Eastern Sierra this year, and proceeds from the event will support scholarships, theatre programming, and DSES’s National Wounded Warrior Center program.

The field of 120 players at the event, sponsored by Dave & Roma McCoy, enjoyed 18 holes of golf, great food sponsored by Abby and Jack Smith (breakfast) and Industrial Metal Supply/Neil Sherman (lunch), delicious beverages sponsored by American Landscape & Maintenance Inc., a silent auction, and the opportunity to win many prizes. 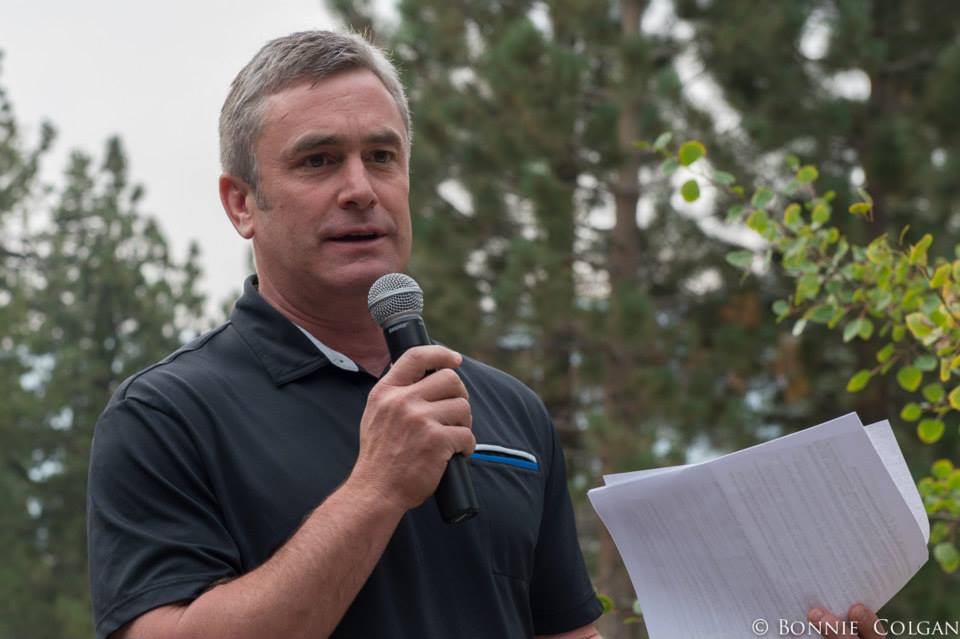 Working with the two nonprofits, Dave Schacht of Sierra Star Golf Course coordinated all the course activity, including a “Beat the Pro” contest on Hole 2 and the Putting Contest.

Taylor Eastman won the Putting Contest with a 40’ putt landing 2’3” away from the hole. The putting contest was sponsored by MLF Chairman of the Board Gary Myers and his wife, Karilyn. Eastman won a $500 gift certificate to Sierra Star Golf Course.

John Eastman won the Grand Raffle Prize—four VIP passes to the Mammoth Lakes Film Festival, June 1-5, 2016. It was a big day for the Eastman Family.

Guy Bayless took home a 6-liter bottle of 1984 Eberle Cabernet Sauvignon as the Superticket winner, donated by Evan and Kathie Russell. Supertickets were limited to golfers only with a limit of one per player.

There were also “Closest to the Pin” contests on all four Par 3s that were won by Tom Johnson on Hole 2 (who got a hole-in-one!); Tani Tatum on Hole 7; Jack Lunch on Hole 14; and Doug Ross on Hole 18.

The list of supporters was impressive, attested to by the number of Hole and Tee Sponsor signs planted throughout the 18-hole course.