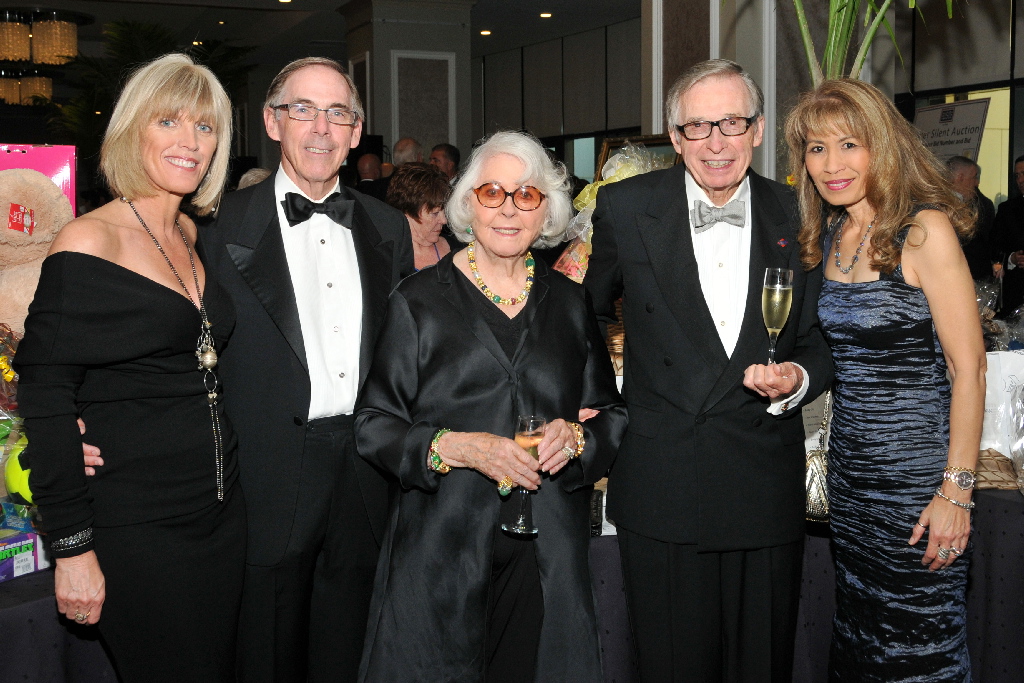 Recently, Disabled Sports Eastern Sierra had the opportunity to meet a number of community leaders in San Diego who are active with the local USO (United Service Organizations) program.  Suzanne Baracchini, Disabled Sports Eastern Sierra (DSES) director of communications and Jerry Buckley, capital campaign consultant attended the USO’s annual Stars & Stripes gala and discussed the National Wounded Warrior Center, a DSES program, with many  of the very dedicated people who were at the event, including board members, civic and business leaders as well as local philanthropists, Neil and June Ash. The nation’s largest USO facility is at San Diego International Airport and is named in honor of Neil for his most generous gift to the USO.

Nichelle Medina of CBS News 8, San Diego emceed, and the 600-plus attendees enjoyed a formal presentation of colors and a mini-concert of service anthems by the ultrasharp Marine Band San Diego. The event honored Sempra Energy executive Jessie Knight Jr. for building strong collaborations between local business and military leadership; Jim Zortman (Navy vice admiral, ret.) and the Northrop Grumman Employee Network for ongoing support of military families; and wounded warrior Nicholas Kimmel (Marine sergeant, ret.) for his exemplary service and indomitable spirit after losing both legs and his left arm in an explosion in Afghanistan.

This website uses cookies to improve your experience while you navigate through the website. Out of these cookies, the cookies that are categorized as necessary are stored on your browser as they are essential for the working of basic functionalities of the website. We also use third-party cookies that help us analyze and understand how you use this website. These cookies will be stored in your browser only with your consent. You also have the option to opt-out of these cookies. But opting out of some of these cookies may have an effect on your browsing experience.
Necessary Always Enabled
Necessary cookies are absolutely essential for the website to function properly. This category only includes cookies that ensures basic functionalities and security features of the website. These cookies do not store any personal information.
Non-necessary
Any cookies that may not be particularly necessary for the website to function and is used specifically to collect user personal data via analytics, ads, other embedded contents are termed as non-necessary cookies. It is mandatory to procure user consent prior to running these cookies on your website.
SAVE & ACCEPT
UPCOMING EVENTS