This ski season learning with Disabled Sports Eastern Sierra has proven to be better than anything I could ever imagine it would be. As I write this, I skied 40 days this season, the vast majority of which were with DSES. Now, 40 days is a pretty respectable number for someone with a season pass in a normal year, but did I mention this is 40 days for someone who broke their back and had to relearn to walk not even two years ago? I still can’t wrap my head around it at times, especially the fact that I’m alive and walking again, and I’m the one living it!

This past December, I started skiing with DSES. I remember my first weekend of lessons with Mark and Carolyn, all of my time spent on Lower Road Runner, and Sesame Street West and Sesame Street East. I’m not sure if I was more scared of falling while skiing those trails super slowly, or just being on a ski lift again. (FYI, I broke my back in a freak, icy ski lift fall). Regardless, I was still thrilled to be skiing again. During the course of this season, which brought me to DSES practically every weekend, I went from Mammoth Mountain’s easiest terrain to lapping Face of Three, Fascination and skiing off-piste! Oh, and did I mention I spent time riding chair lifts and skiing by myself too?! For me that’s HUGE!!

I’ll admit, there were plenty of times I was scared to death – just ask Carolyn or Carlynn about my looks of panic, but there were also so many huge smiles and tears of joy. Maggie experienced this first hand at the bottom of Patrolmen’s on the two year mark of the accident! There were so many memorable experiences, fun times, and friends made this season working with DSES. Now that ski season is winding down as Mammoth closes this weekend, I’m still blown away by the progress I’ve made in one season. Looking back on this season, I can honestly say that skiing with DSES has been the best thing that has happened to me since breaking my back. I can’t thank everyone there enough for everything and helping me get that piece of my life back that was missing. 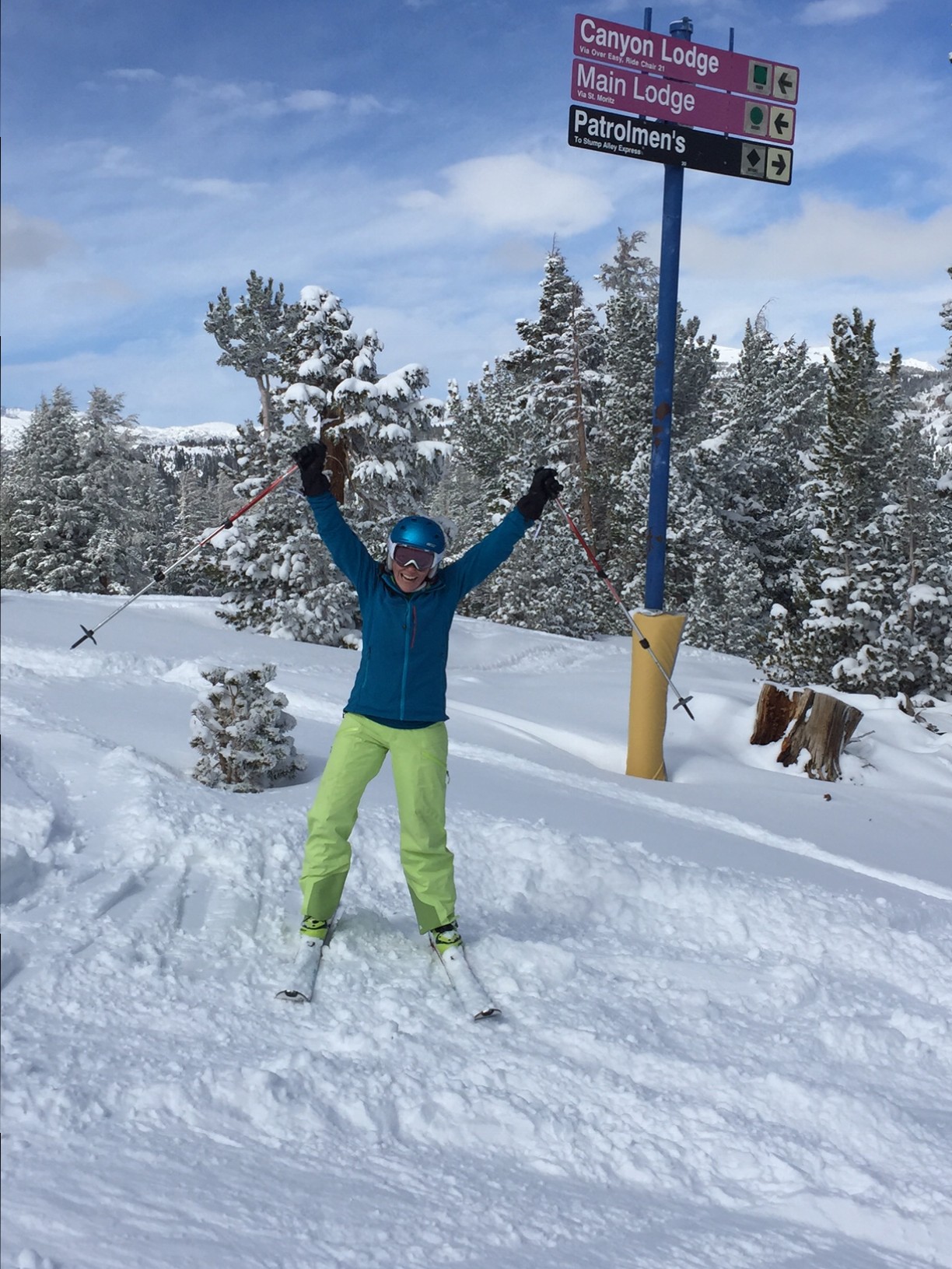